Jenifa Funke Akindele-Bello became a household name after her movie Jenifa in 2008 where she played the role of a local girl called Sulia who got to the city and named herself Jenifa. Because of the success recorded by the movie, Funke decided to make Jenifa’s Diary, a comedy TV series that she has drawn virtually everybody to play a part in. But Funke has not limited the cast of Jenifa’s Diary to actors alone as she has been able to draw music artist to the show. Even the ones that never believed they can act have been able to pull excellent delivery of their lines. They also helped to spice up the show.

Falz plays the role of Segun or Sege as Jenifa will call him. The rapper started as a hairdresser, who works in the same salon with Jenifa. Along the line, they fell in love and had an affair. Falz and Jenifa are effortlessly hilarious, they are a match made in heaven. He beats IK Ogbonna, Kelechi Udegbe, Ime Bishop Umoh, Bowoto Jephthah to win the 2016 AMVCA best actor in a comedy for his role in series. 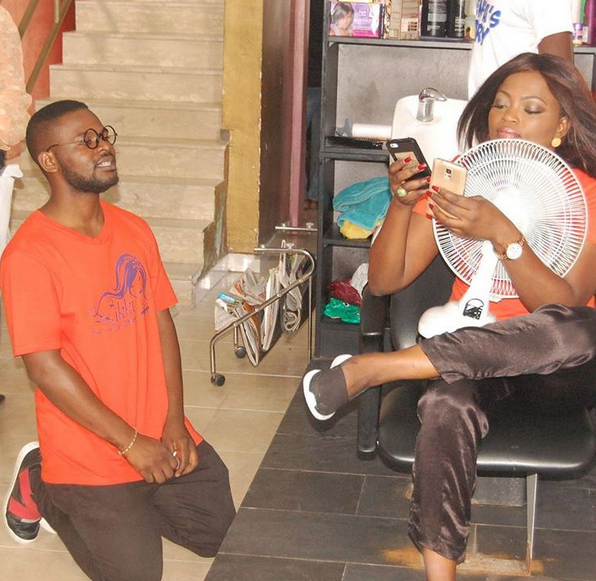