Banky W’s Family: His Parents, Siblings, What They Do For Living, Love Life, Wealth More (With Photos)

Banky W’s family: Banky W is a prominent Nigerian musician and actor. He is known and loved by many people in Nigeria and abroad. We have recently taken a look at the Banky W biography, so it is now time to pay a little bit more attention to the people closest to him. Let’s talk about Banky W’s family and learn about the people who have shaped him into the man he is today.

Banky W was born as Oluwabankole Wellington on March 27, 1981 in the United States. 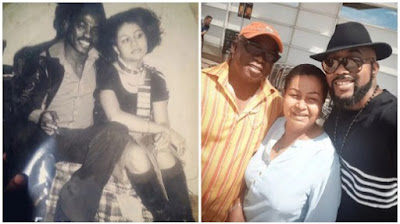 Banky W father is George Bankole Wellington, his mother is known to all as Momma W or Mrs. Wellington. Little information is available about either of them, so we cannot really give you too much information on both of them. All we know is that Banky W’s mother is from Calabar, Cross River State, while his father is from Badagry, Lagos State. They got married sometime in 1978. For the first few years of Banky W’s life, they all lived in the US, but they moved back to Nigeria, when he turned five years old. 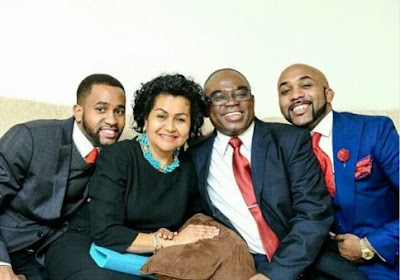 Banky W is a rather private man, given that he does not often share much of his private life. However, from the photos he chooses to post on his Instagram (@bankywellington), you can tell how much he loves his mum and dad. Banky W never forgets to congratulate them on their birthdays or on Mother’s/Father’s day, and he always showers them with compliments. 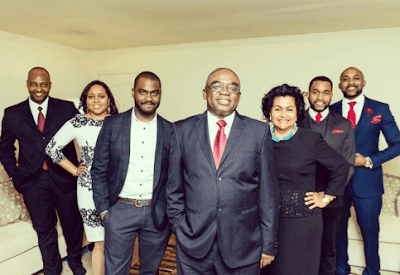 In case you did not know, Banky W actually has four siblings! He has three brothers and a sister. They all seem to make their parents very proud, and they bring honour to the Wellington family’s name. All of them currently reside in the United States. Prev post1 of 4Next

Banky W’s sister DeeDee George is the co-founder of The Urban Marketplace (TUM) Showcases & Events. You can find her on Instagram (@msddg) or check out her event company’s portfolio at www.tumshowcase.weebly.com.