Below is all you need to know about Davido’s father, Dr. Deji Adeleke – His mansions, luxury cars, private jets, net worth & more (With Pics)

Davido’s father is considered by many people to be one of the most affluent men in the whole Africa. He sponsors church constructions, purchases luxury cars and even owns a jet! Let’s find out who is Davido father and how much money and how many luxurious cars he has. Is it true that he has a costly jet? Read on and find out! Davido sometimes calls himself Omo Baba Olowo (OBO) – the son of a rich man. His Dad, Dr. Deji Adeleke (Adedeji Adeleke) is a 60-year old Yoruba guy from Osun state Nigeria. 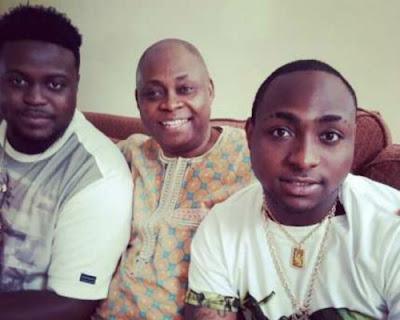 Davido sometimes calls himself Omo Baba Olowo (OBO) – the son of a rich man. His Dad, Dr. Deji Adeleke (Adedeji Adeleke) is a 60-year old Yoruba guy from Osun state Nigeria. He is an ingenious business man and a generous investor. His wife (Davido’s mother) died in 2013. Davido father and mother created a strong family and gave birth to two successful children, Sharon and David Adeleke who is popularly known as “Davido”, Omo Baba Olowo. Sharon and David Adeleke aka “Davido”. Dr. Deji Adeleke’s elder brother used to be the Governor of Osun State, Isiaka Adeleke. Davido’s dad is also a partner and co-founder of the Adeleke University in Ede, Osun state and the CEO of Pacific Holdings Limited. He’s also known as a devoted Christian and a charity man. His strict discipline ensured that Davido stayed in school and worked hard there to get his degree after he became famous. Prev post1 of 4Next