Celebrities, sometimes you look at them and it seems like they’re heavenly beings but that’s not true. They’e just like us. They mess up and embarrass themselves just like everybody else. To prove this, here is a list of 6 times Nigerian celebrities messed up on social media.

1. THAT TIME OGE OKOYE STOLE DOGS FROM INSTAGRAM AND DID NAMING CEREMONY FOR THEM 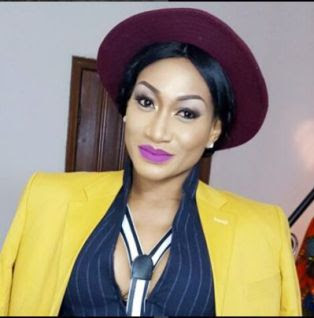 We all remember this. Oge Okoye stole a picture of American reality show star, Kenya Moore’s dogs and claimed them as hers. She even gave them different names!

A Kenya Moore fan page on Instagram discovered Oge Okoye’s lie and exposed her to the world (i.e Nigeria) and in the process, referred to her as “some lady in Africa”. 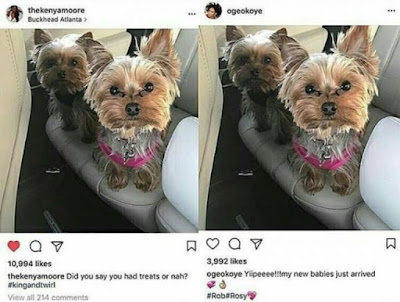 Nigerians went on social media and mercilessly dragged Oge Okoye by her weave and even started the #OgeOkoyeChallenge where people posted pictures of stuff that was obviously not theirs and then claimed to own it.

One question remains on the minds of Nigerians tho, Just how many times has Oge Okoye done stuff like this in the past?