These Ex-Super Eagles who have gone broke flew and rode the best cars at the heights of their careers and bought things without batting an eye. Broke in this context is not totally poor but their financial status at the moment is unbelievable compared to what the once had. They earned colossal amounts of pounds and dollars in careers that spanned many years from Europe to Asia but they most probably did not put enough aside to tide them over a football career that could end almost as soon it started.

They flew and rode the best cars at the heights of their careers and bought things without batting an eye. This list is not exhaustive though some of the players are trying to regain their footing after some of their investments went kaput! The former Super Eagles star and most probably the best cultured left-back that has played for Nigeria played for some of the biggest clubs in both England and Belgium declared himself bankrupt at a court in Croydon in 2011. At a time in his career, Cele, as he was famously known, was amongst the highest paid African players in the world as he earned a tidy pile of ‘cash’ stated to be between £25,000 and $30,000 per week at Chelsea. 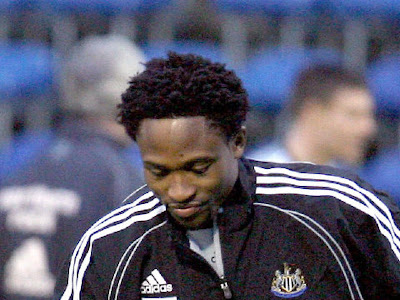 He was reported to have lived an expensive lifestyle both here in Nigeria and England. Stories went round of how he blew thousands of Pounds in buying exotic items and also partied hard with friends. According to a BBC report, Celestine Babayaro “financial troubles became apparent to his neighbours, with one saying that his usually beautifully kept house, began to look a bit unkempt, with the garden overgrowing and the conservatory falling down”…c.lick next below to continue..